The drum emoji is here, and it will be in your hands very soon.

After years of using music notes and saxophones, we finally have our own drum emoji. A little blue snare drum with drumsticks. As part of the Unicode 9.0 update approved and released later this year. I think we can all agree that it's about time!! Below is the drum emoji in the various vendor formats. Apple (emojipedia) will have the blue snare as shown above. (reminds me quite a bit of my blue sparkle 1966 Ludwig Pioneer snare.)

Check out the full list of new emoji here.

The new emoji will be available on Apple products with iOS 10 when it drops this fall.

For more adventures in drum and marching culture, you're in the right place at Lot Riot. 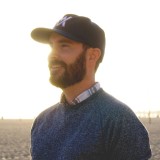